HOW TO LEAD A CULTURE OF INNOVATION 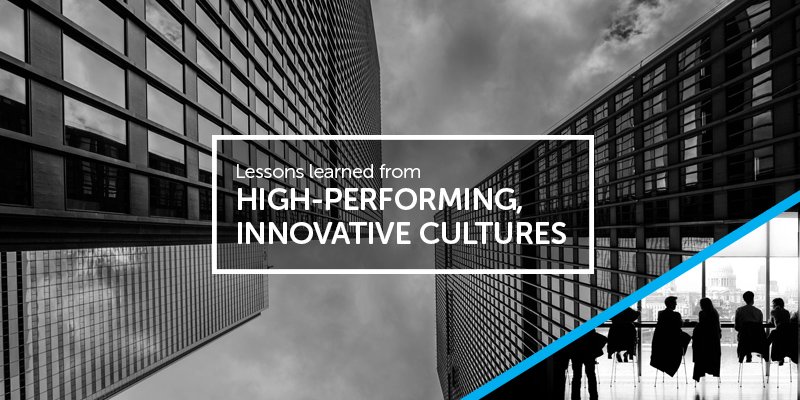 Any leader of an organization serious about innovation knows that building the right culture is an essential part of the change journey, and the most difficult.

Jan Kennedy, CEO of the Academy for Corporate Entrepreneurship, held a fireside chat to answer the question of what it takes to build such a culture of innovation, including the role of leadership in becoming a high-performing organization. Kennedy spoke with Michael Pacanowsky, Gore-Giovale Chair of Business Innovation at Westminster College and prior associate at W. L. Gore & Associates; Gareth Bullen, CEO at Centre for Enterprise and senior leader at Northern Gas Networks; and Cris Beswick, Founder and CEO of Future Shapers, for the virtual discussion.

Fueled by a true passion for the topic, and broad experiences in the trenches, the panel distilled three vital lessons they’ve learned from high-performing, innovative cultures.

Our partners at ‘Batterii‘ bring you this interesting post. Use Batterii for research, trend spotting, business model development, product service and design, and concept development.

Pacanowsky explained that this was achieved, and sustained, at W. L. Gore & Associates thanks to a lesson Bill Gore, one of the founders of the company well known for its innovation, had early on in his career. As an engineer at the DuPont Company, he repeatedly saw how dedicated task forces were utilized to deal with major business opportunities or problems at the company.

After working on these specialized teams, Gore saw that the projects typically had a limited timeframe, terms of the project were kept clear, people would work very closely together, individuals would listen to one another, and the energy level was high. He also found that people talked to each other on a first name basis, unlike in the standard environment of the company at the time, where they would refer to colleagues using surnames.

Gore saw that when the task force project would end, people would go back into “corporate mode,” including how they were talking to and referring to one another. “It was just very frustrating for [Gore.] So when he started W.L. Gore and Associates, he said, ‘I want this to be driven by this kind of task force mentality: We’re going to organize around opportunity, rather than organize by function, or organize by anything else of that notion,’” explained Pacanowsky. The intention was to create enabled employees who had a high degree of energy that could be sustained over time.

For teams, that meant harnessing energy and efforts around a single goal, a specific customer pain point, or a single innovation opportunity.

Pacanowsky said leaders and teams can ask, “What is it going to take for us to achieve that opportunity, [and] make it real?” That kind of mentality is what got “baked into” W.L. Gore and Associated from the start.

“[Gore] founded [the company] around innovation and around task-force kinds of teams,” explained Pacanowsky. Referring to this as “organizing for opportunity,” he knew it was how he could unlock energized, responsive team members. His approach to leadership was, “Let’s bring people together who what to try make something happen and give them free reign to do so,” added Pacanowsky.

Bullen agreed with this concept, recalling how he saw a sense of commitment but also what he coined “the community of the willing,” at Northern Gas Networks—meaning people had voluntarily aligned with their roles within the company.

To move towards a culture of “willing contributors” and to overcome silos that tend to occur as a company grows, Bullen described how the process starts with top leadership being fully committed. “You had to have commitment there, then you have hope, then you can take others with you…The [willing contributors] could be anywhere in the business. Once we secured that senior management team, then the willing came in, with the attitude and behaviors, and the will and excitement,” said Bullen.

The company may have had a history rooted in more of a command and control leadership style, but the company knew that it could only get them so far. “They had to allow the people to run their business for them. If you can use strengths and talents you have in the business to achieve one single goal, actually it’s amazing what people will achieve for you.”

At W.L Gore & Associates, Gore routinely emphasized a similar notion: the importance of people making commitments to their work, rather than taking any kind of order from others. “If you take an order, if you follow an order, it’s almost always half-hearted. There’s a certain amount of resistance, you’re doing it only because somebody told you to do it,” explained Pacanowsky. “But when you make a commitment, then you put yourself in it, and you’re making the commitment because this is something that you want to do. Once people have made a commitment, then the release of energy is huge.”

Get comfortable with vulnerability.

Beswick asserted that to give away that power in order to overcome silos and help employees be more engaged, it takes a bit of courage and comfort with being vulnerable.

“One of the big issues with leadership is that it takes different behavior. Leadership training and development has never really featured innovation. So, we see in a lot of the corporates that all the senior team have had years and years of management development training, but at no time has that ever featured or included any of the really important stuff and the new, different stuff around, what it takes to lead for innovation,” he explained. “These senior people are now faced with the situation where their leadership skills and abilities are somewhat outdated.”

Bullen agreed, saying how there is a bit of comfort in a command and control approach because there is a sense of greater control.

Pacanowsky said that it takes a special person who has “the capacity to say, ‘You know what: what I’ve been doing has been successful all the way up to this point, but it isn’t going to get me to where I need to go.’ That takes huge courage, and willingness to be vulnerable,” he added.

Beswick credited what he calls a very entrepreneurial trait which he sees in leaders who are effective at building innovative cultures. “I think one of the real strengths of some of the leaders that I’ve been fortunate enough to work with is an absolute genuine belief that they can achieve something that a lot of other people just don’t think is possible,” he said. “When you then build that with the right culture of people feeling comfortable that they can contribute, everyone will willingly create. That’s the backbone of innovation, that’s how you build a culture of innovation. That’s takes exceptional leadership.”